Among several different geroprotective properties, bioactive peptides of various origins have been shown to have immunomodulatory, anticholesterolemic and most notably antihypertensive and antioxidative activities.

Hypertension, or high blood pressure, is a major risk factor for the development of cardiovascular diseases. The antihypertensive activity is most commonly studied by examining the inhibitory effect of the peptide on angiotensin I-converting enzyme (ACE). In one of many studies on the antihypertensive properties of bioactive peptides the intake of these bioactive peptides at 1 mg/kg body mass in rats caused a decrease in systolic blood pressure by 23.4 and 21.0 mmHg

The exact mechanism of oxidative stress-induced aging is still not clear, but probably increased Reactive Oxygen Species (ROS) levels lead to cellular senescence, a physiological mechanism that stops cellular proliferation in response to damages that occur during replication. Based on current knowledge, it is supposed that bioactive peptides may exert their antioxidant effect partly through the scavenging of ROS and inhibiting of lipid peroxidation. Multiple studies have confirmed the antioxidative properties of meat-derived peptides.

For further readings on the anti-ageing properties of meat- derived bioactive peptides we recommend you to explore the work of Professor and President of the European region of the International Association of Gerontology and Geriatrics, Vladimir KH. Khavinson.

The manufacturing process is designed in order for the peptides to have the correct length for them to act as Bioactive Peptides. This usually involves mincing, enzymatic hydrolysis, a range of filtration steps and drying.
In collaboration with BIOFAC, University of Huddersfield have investigated several of BIOFAC’s Bioactive Peptide products. The research was mainly focused on the antihypertensive and antioxidative properties of the products. All of the compounds examined was shown to have antihypertensive (ACE-inhibitory) and/or antioxidative effects in vitro (Unpublished data).

We do NOT use solvents, absorbents or preservatives for the production of BIOFAC Bioactive Peptides 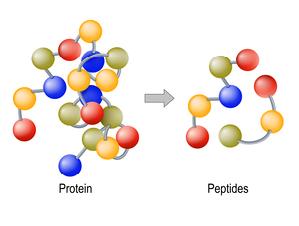 Bioactive peptides are short sequences containing approximately 2–20 amino acids, which have an advantageous physiological effect upon intake. The activity of bioactive peptides depends on the composition of amino acids, their specific sequence, the type of amino acid at the N- and C-terminal ends, hydrophobic and hydrophilic properties as well as the mass and length of the peptide chain. The bioactive peptides are thought to act as cytokines, which are a group of small proteins and peptides, involved in cell signaling.. In recent years we have been observing a considerable interest in meat as a source of quality peptides.

System that regulates blood
pressure and fluid and electrolyte balance, as well as systemic vascular resistance. 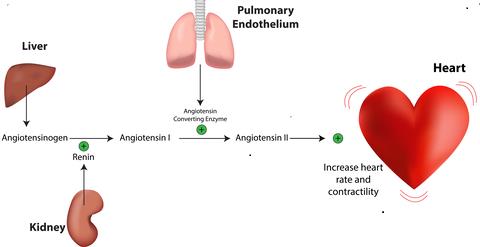 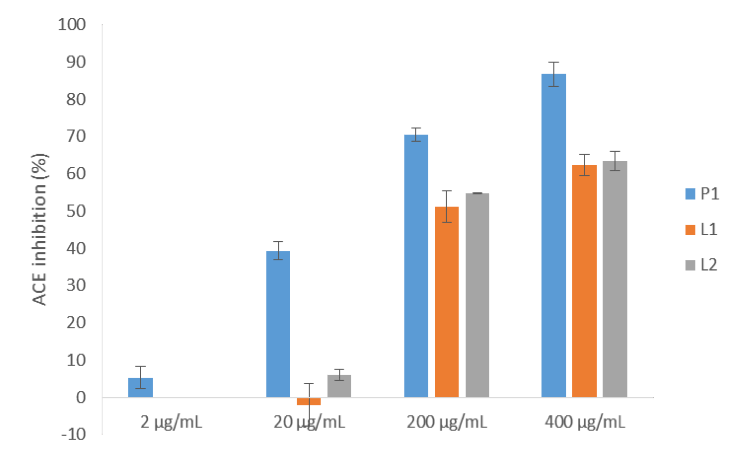 Cellular antioxidant assay results for hydrolysates BIOFAC. Hydrolysates from Thymus (Thy) and Placenta (Pla), compared with purified Trolox, a known potent antioxidant, as a positive control. 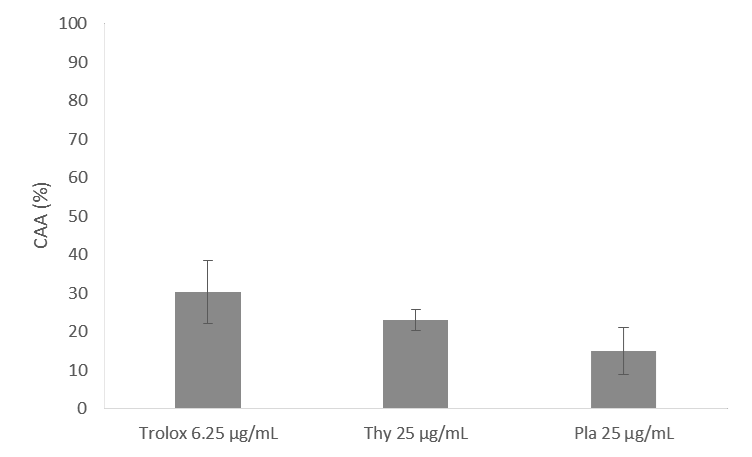 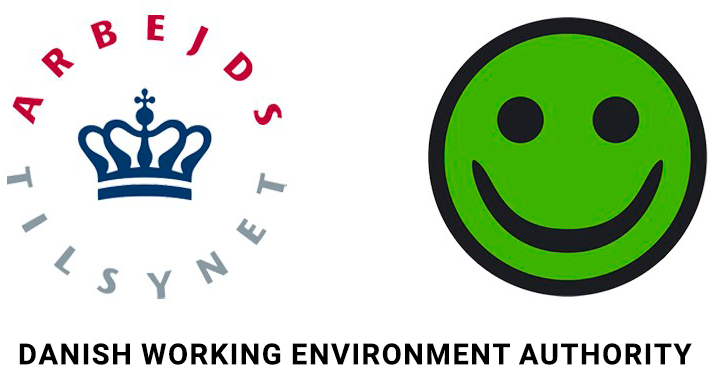